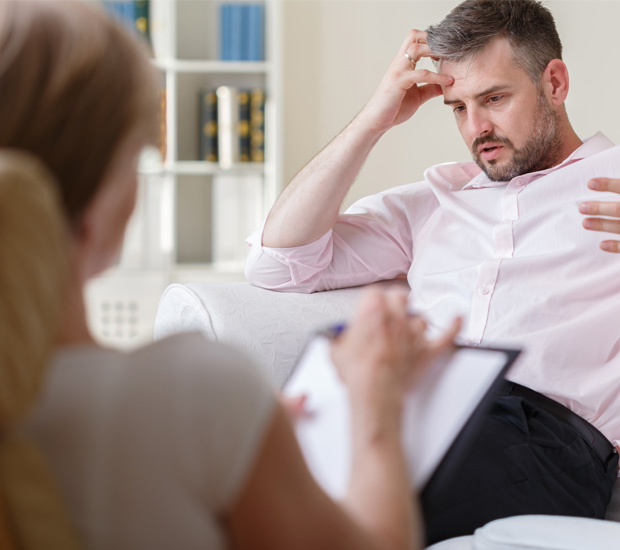 Depression treatment is helpful for anybody who is struggling with persistent feelings of despair and a lack of enthusiasm in life. Depression, otherwise called clinical depression or major depressive disorder, is a mental health illness that profoundly impacts a person's ability to think, feel, and act normally. As a result, physical and mental symptoms, such as fatigue and anxiety, may result. In addition, the symptoms of depression may make it difficult for a person to carry out even the most basic of daily tasks.

It is important to note that having the blues and depression are very different things. It is not as easy as just cheering up. Depression is a significant mental health problem; sometimes patients need long-term treatment to help them live better. Fortunately, transcranial magnetic stimulation (TMS) may effectively treat depression along with pharmaceuticals such as antidepressants, psychotherapy, and lifestyle changes.

Some individuals will experience depression just once, but the vast majority will suffer from it numerous times throughout their lives. Those who suffer from depression generally have to cope with their symptoms often, if not constantly. Some of the most common signs of depression are:

People who suffer from depression typically struggle to meet their responsibilities. The effects of their illnesses often spill over into their interactions with others, with disastrous results. A person's depression is likely to worsen as a result of this.

Reasons for getting depression treatment

While there is still much to learn about what causes depression, certain factors make some individuals more predisposed to the disorder than others.

Biological alteration: The brains of people with depression typically undergo a series of physical changes. The exact mechanism by which these alterations bring on depression is still unknown.

Changes in a person's hormone levels are another potential source of the onset of their depression. For instance, the correlation between hormonal shifts during and after pregnancy and postpartum depression can contribute to depression symptoms.

Brain chemistry: The neurochemicals in the brain, regulated by neurotransmitters, may have a role in depression. The way these neurotransmitters interact with the brain circuits that control emotion may also contribute to the condition.

A family history of depression in one's family increases an individual's risk of developing a major depressive disorder.

The psychiatrist will recommend medication, like antidepressants and psychotherapy, for depression treatment options. Many patients report a dramatic improvement in their symptoms due to these treatment interventions. Severe depression patients may be sent to an outpatient program or hospitalized for treatment. Another option for treating depression is using magnetic or electrical pulses to stimulate the brain. Here are important details to note:

Although antidepressants are the most commonly prescribed medication for depression, other drugs, such as lithium, may be effective in alleviating symptoms. In addition, patients may get a more comprehensive treatment plan when pairing antidepressants with anxiety, mood stabilizers, and psychosis medicines. When treating depression, medication often accompanies psychotherapy. A stimulant may also help certain people.

The following are examples of standard classes of antidepressants:

When SSRIs are not doing the trick, doctors may prescribe serotonin-norepinephrine reuptake inhibitors (SNRIs). Venlafaxine, duloxetine, and desvenlafaxine are just a few examples.

Tricyclic antidepressants: these antidepressants are often more successful than those listed above, but they also have a higher propensity to induce severe adverse effects. They are administered when other medications, such as SSRIs and SNRIs, have proven ineffective.

Even more significant adverse effects than tricyclic antidepressants result from monoamine oxidase inhibitors (MAOIs), which need special diets for patients since the medications may cause fatal reactions when combined with certain foods, such as wine and pickles.

Some antidepressants do not fall neatly into broad categories. Mirtazapine, bupropion, and trazodone are just a few examples of atypical antidepressants.

Talk therapy sessions are usually in-person, while alternative media such as video or internet meetings are also available. The modalities of the therapy sessions depend on the patient's circumstances.

The TMS treatment entails delivering magnetic pulses to the brain region responsible for regulating emotions. This method is successful when other treatments for depression, such as antidepressants, have failed.

With TMS, there is no need to surgically implant electrodes into the patient's skull, making it a non-invasive therapy option. Instead, the magnetic pulses may be directed to the desired location by putting an electric coil on the patient's head. Each treatment typically lasts around 20 minutes, and patients may need as many as five sessions per week for as long as seven weeks to get the desired results in managing their depression. Sometimes, patients may continue psychotherapy and medications with TMS therapy.

Patients with depression may choose from a wide variety of effective treatments. Although some trial and error may be involved in the treatment process, the end outcome is expected to be beneficial. Book an appointment today to get started. 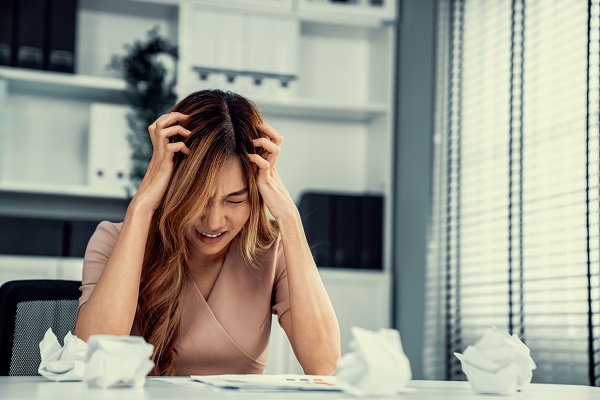 TMS therapy is a medical technological advancement for treating Major Depressive Disorder approved by the Food and Drug Administration (FDA) in 2008. TMS uses magnetic pulses with an intensity comparable to an MRI machine to activate brain cells and alleviate depressive symptoms. Depression treatment with TMS does not involve any drugs or surgery. In addition,… 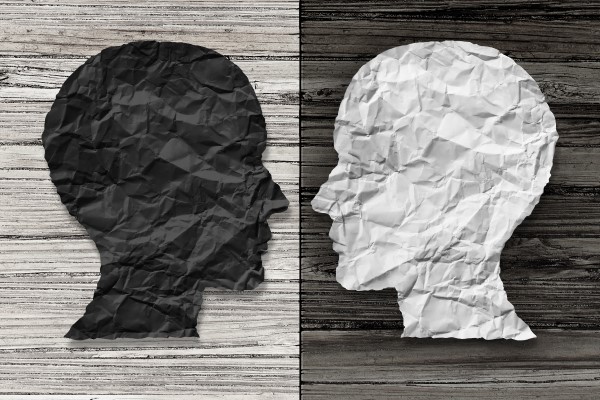 What Are The Symptoms Of Bipolar Disorder?

The symptoms of bipolar disorder vary from patient to patient, but there are certain symptoms that are more common. Understanding the symptoms and seeking treatment when they exist is essential to successful treatment long-term. If you or a loved one experiences symptoms, consult with a licensed psychiatrist to learn about treatment options.Bipolar disorder involves a… 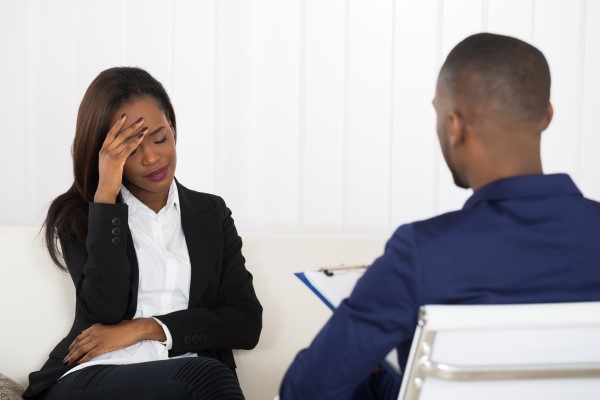 Four Signs You Have Post-Traumatic Stress

Post-traumatic stress disorder (PTSD) can affect anyone of any age. It can develop after a traumatic or terrifying event occurs to someone or around someone who witnessed it. It is important to be able to identify the early signs of post-traumatic stress to allow for early intervention and reduce the risk of prolonged symptoms or… 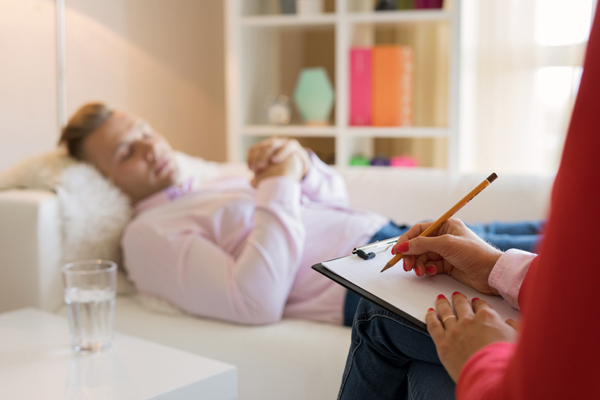 Transcranial magnetic stimulation (TMS) therapy can improve brain function in people suffering from treatment-resistant depression, anxiety, obsessive-compulsive disorder, or post-traumatic stress disorder. This treatment alleviates the symptoms that come with these psychiatric conditions. The happy result is an improvement in a patient’s quality of life, with the person regaining a degree of normalcy.All this sounds… 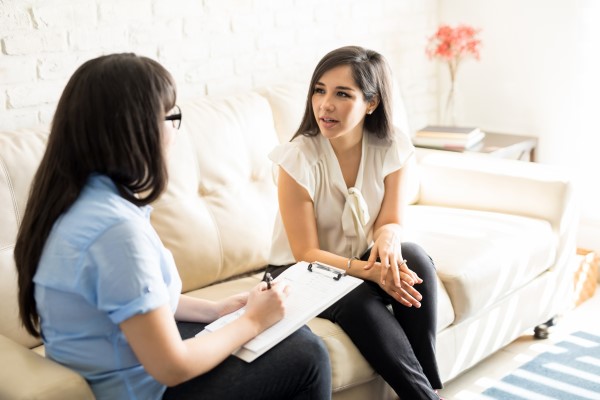 Many aspects can affect a person's overall mental health. There are also different treatments and options available for anyone experiencing any adverse effects of mental health, such as anxiety or depression.Psychiatrists are primarily needed for the prescribing and monitoring of different medications that can be taken for these mental health issues. However, they can also…